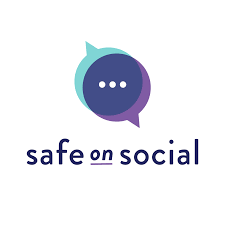 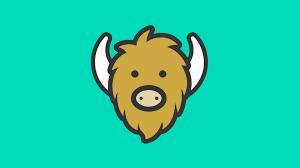 Imagine you are hosting an outdoor movie-theatre experience on Tuesday night at the local cricket field. The date is fast approaching, and in an attempt to reduce marketing costs, you choose to promote this event on YikYak through a text-based post referred to as a “yak.” By doing so, you can bolster the significance of this event. After submitting the post, users near you, classed as the “herd,” are given access to view the post and upvote the trend to express their interest and further popularise the event to reach more people on the app.

From this perspective, YikYak becomes a pragmatic solution to financial and social considerations when planning an event as the stress of endorsement is reduced. However, as is with most things, the ever-relatable quote, “with great power comes great responsibility,” becomes easily applicable due to the anonymous aspect of the app, which, if not treated correctly, can do more harm than good. But before delving further into this matter, we must take a moment to look into the characteristics and key features of the app:

What is YikYak, and how does it work? Founded by two college students in the United States, YikYak allows local users within a five-mile radius to anonymously connect and share their opinions on a social media platform by posting content and upvoting or downvoting topics, depending on their viewpoint on the matter. Currently only accessible for iOS users, the app allows people living in the same community to bond over similar topics. YikYak first launched in 2013 and then again in 2021. With new “community guardrails” being implemented, the app seeks to bridge community members virtually without fear of recognition. Before shutting down in 2017, it was estimated that over 200 million users were actively utilising the functions and contributing to discussions during the app’s peak. Does it feature any parental controls? The latest version of the app does not have a specific “parental control” function. However, it does allow for a “cuss buster” setting where explicit words can be blocked.

The guidelines behind this notion read: “If you see a yak that doesn’t vibe with the Community Guardrails, please immediately downvote and report it. Yaks that reach -5 total vote points are removed from Yik Yak. Yaks that are reported need to be reviewed by our team before they are removed (unless they reach -5 vote points). Through th e upvote/downvote system, we rely on our community to help make Yik Yak a constructive venue for free and productive speech.” Although this does come as an improvement to the original guardrails in the 2013-2017 version of YikYak, many users have been able to find loopholes around this setting opting to use less common derogatory terms in an attempt to bypass the “cuss buster”. What are the risks for kids? The anonymity factor causes great distress. Without having comments or posts publicly displaying an individual’s identity, there is no way of keeping the user accountable for their actions. This, therefore, increases the risk of bullying and harassment experienced through the app. When first introduced, YikYak was focused heavily on college-aged students, providing them with a platform to express their feelings about life and school in an acceptable manner without worrying over other users’ views on them. However, with the new relaunch of the app, the age range has widened to include children aged 12 years and older. As a result, the issue of children potentially conversing with mature-aged adults or having hateful words directed towards them has become a growing concern, specifically due to anonymity. Not only can texts be sent without public identification, but they can also include inappropriate topics for younger users. Unlike other social media platforms where private messaging or ‘dm-ing’ can take place, YikYak does not provide a function for direct communications. It is concerning how easy the exchange of personal information within “herds” is. If not guided by a parent, children may fall victim to sharing contact details due to naivety over the seriousness of this action. “Yak’s” can also be misleading or the cause of ‘fake news’ such as an incident where false claims of gun violence were made, resulting in hysteria and numerous interrogations that threatened the shutting down of the app. This furthermore enhances the argument and concern to younger readers needing to be monitored and educated on how to respond to situations such as these, for they may not be in a position to separate what is truthful from what is fictionalised.